District 9 is one of the areas with the most number of new bridges built in 2019 in Ho Chi Minh City with 6 works, including the overpass in front of the new Mien Dong bus station, Chunch Capture bridge, Lap bridge, Lang bridge, Ong Duty. Vam Xuong Bridge. According to experts, the appearance of road and bridge works always creates excitement for neighboring real estate.

In addition, in the near future, the projects located in District 9 will increase in value when the advantage of the waterway is strongly promoted. As a strategic traffic route between the existing Saigon – Dong Nai River connecting Ho Chi Minh City – Bien Hoa.

From the perspective of investors, the attraction of real estate projects is partly determined by the transport infrastructure factor, so District 9 has many advantages. In addition, the advantage adjacent to District 2, which is dynamically developing with Thu Thiem new urban area, is expected to become an international financial and economic center in the future, is also the reason why real estate in District 9 becomes. . has become one of the top investment options in the past few years. 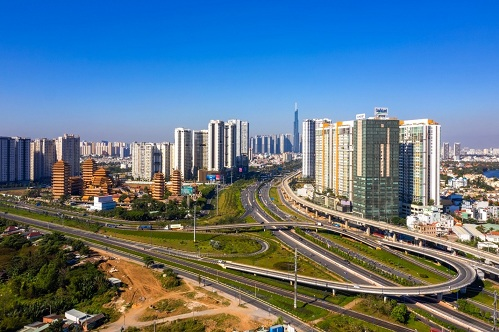 Development orientation of the city.

District 9 along with District 2 and Thu Duc are planned as an innovative urban area in the East, focusing on high-tech parks attracting billions of dollars from many leading corporations in the world such as Samsung, Schneider, Intel, and Microsoft. .. There is also Fulbright University, urban area National University Ho Chi Minh City with new technology research areas, Phu Huu port, Suoi Tien tourist area and national cultural historical park …

Ho Chi Minh City is the most dynamic city in the country. Statistics in 2018 show that Ho Chi Minh City has 8.64 million people, the highest population density in the country. According to the plan to 2025, District 9 will focus on developing new large-scale urban areas, synchronizing social infrastructure, serving the process of mechanical stretching, reducing pressure on traffic and housing. for the central core area.

The fact that District 9 becomes a creative city also means that it will attract a large number of experts, intellectuals, young families to rent or buy houses to live permanently. A creative urban area will be a place to nurture a creative startup ecosystem, open up new business opportunities, provide new utilities and services to the people, and spark creative energy of the people. .

Currently, many residential areas have formed, creating a community of knowledge and civilization. Along with that is the development of many infrastructures, utilities and services such as schools, international clinics, restaurants, spas, commercial centers, office buildings … 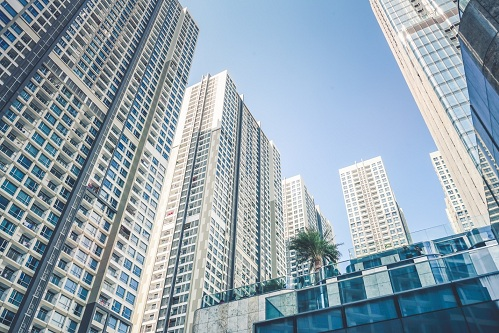 Residential areas are formed according to the development of infrastructure and utilities.

Many large real estate projects are also deployed in this area to meet housing and rental needs, including Vingroup with a large project, expected to hit the market in the second quarter / 2019. The project is expected to contribute to a significant change in the urban appearance. District 9 and become a new center of Ho Chi Minh City in the future.

District 9 is the largest district in Ho Chi Minh City with 114 km2, but the population is only about 263,000 people, population density of 2,311 people per km2. The district is also surrounded by the Saigon River, Dong Nai River, Tac River, Ong Nhieu River … The prime location is from 5m-14m above sea level. Located in the heart of the vibrant East area of ​​Ho Chi Minh City, adjacent to a high-tech park with great potentials for development, real estate in District 9 is facing many “real-time” opportunities.

Remember these 12 principles, sales can earn tons of money

24 points to check when handing over an apartment